The ''' Boss of the plains ''' was the first lightweight all weather hat designed for the demands of the American west. It was durable, waterproof and elegant. Just as the Winchester became synonymous with rifles, and Colt with pistols, the inventor John B. Stetson’s name became interchangeable with the then unnamed cowboy hat. 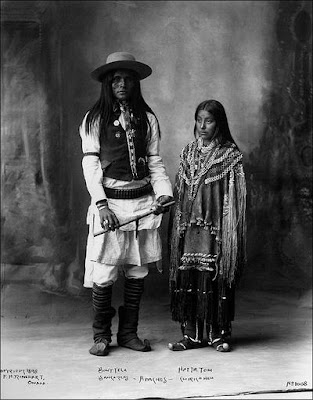 Necessity and fashion, are the reason people wear hats. The first manufactured hats were nothing more than a round piece of leather. By cutting a ring of holes about the size of a head. A string woven through those holes, pulled tight held the hat snugly to the head. The hatband separated the crown from the brim. 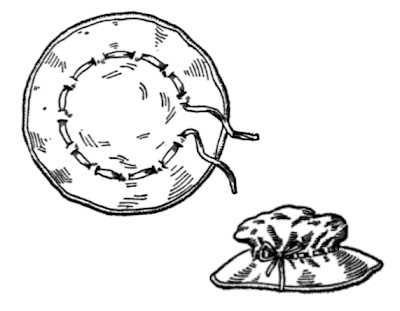 The wide floppy brim was tied up with a ribbon, to keep it out of one’s eyes. Some times when the ribbon was off they would see that the brim stayed curled by itself. This led to the hand-curled brim.
Brims were bound with ribbon to keep them from fraying after being trimmed with the knife. Although advancements in materials have eliminated the need for binding the brim, or pinning it up, the custom remains, we must keep our brims curled up because long ago hatters did not know how to stiffen a brim.

When men went off to do battle it was customary to wear a feather from there loved one. Because men were mostly right handed they lead when sword fighting with the right side. At first they would stick the feather in the adjusting hatband. Unless they wanted to fight blind, surviving duelers moved the feather and knot, to the left side of the hat. Where it remains today. As time went on, they would wrap a ribbon around the crown to hold the feather and hide the tie string knot.

When leather turned to velvet some protection was needed to keep the soft fabric from falling on people’s hair, this is where the lining came from. Even though modern hats are stiff enough not to collapse, the custom remains. Individual sizing eliminated the need for the tie string, but the bow remains at the back of the hat, serving as a memorial to bygone hatters. 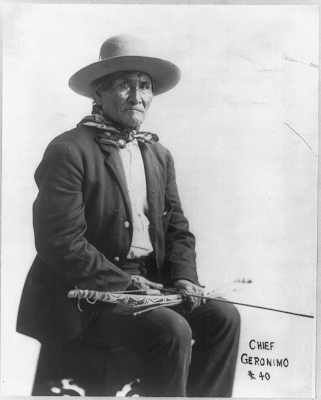 Now you know a little about hats. We have shown you where the hat comes from, why it has a hat band, why the edges were bound with ribbon, and why the brim curls up. You know why the knot is on the left side, why it has a lining, and why there is a bow in the back of the sweatband.
==Boss of the plains== 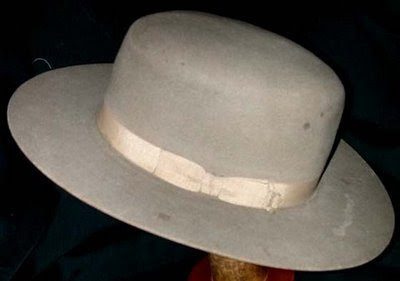 Boss of the Plains.

The Boss had a high crown to provide insulation on the top of the head where most body heat is lost. It had a wide stiff brim to provide shelter from the sun, rain and snow on your face, neck and shoulders. The Boss was waterproof so that they could carry water. And they were made durable and extremely lightweight, because you were going to carry it on your head for a long, long time. And as you know it had a simple band, a liner, and a bow on its sweatband for no real reason at all. Except to make it the most elegant hat in the West. 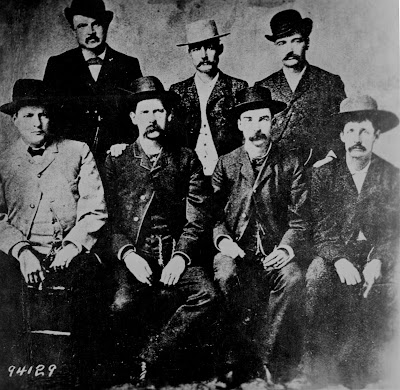 Gunfighter's wearing Boss of the Plains.

You could water your horse with the crown, take a drink with the brim, roll it up as a pillow when you slept. You could fan a fire, or herd animals. Use it as a decoy when you were being shot at. You would look successful at the local dance when you strode in wearing a Stetson.

These lightweight hats were natural in color with four-inch crowns and brims; a plain strap was used for the band. The straight sided, round cornered, flat brimmed Boss, reigned king for about twenty years. Then through use and abuse they stared to take on another shape. From handling, the crown would become dented. The first popular modification was a long dent sloping from the high back, down towards the front. This was called the Carlsbad crease after Carlsbad New Mexico. 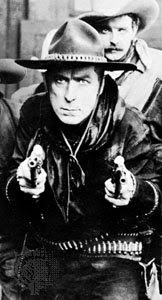 The pointed top of the Mexican sombrero worked its way north with the Montana peak. Which had four dents from being handled on top with four fingers. 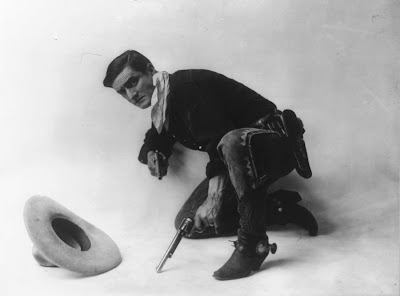 Tom Mix and his Stetson

Buffalo Bill had custom super wide brim hats made for his wild west shows by the John B. Stetson Company, that eventually led to the extravagant Tom Mix style “ten-gallon hats used in Western films. 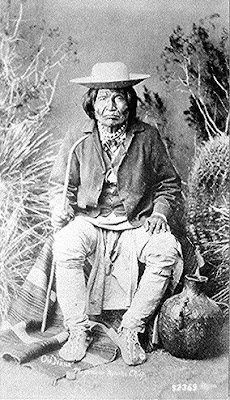 Nana's “Boss of plains,” with up turned brim
Rodeo and 4H clubs adopted cowboy hats almost as a uniform. Politicians, celebrities and law enforcement of all kinds gained good will by being associated with the West, by adopting descendants of the Boss of the plains cowboy hat. The cowboy hat is truly an example of form following function. Today’s cowboy hat has remained basically unchanged in construction and design since the first one created in 1865.
SHARE THIS: